As the aerospace and defense industry rebounds from the depths of the COVID-19 pandemic, technology is advancing on many fronts. Innovations in the commercial aerospace segment extend from space tourism to initiatives to limit airliners’ carbon emissions. PwC predicts a 4% long-term CAGR for the commercial aviation market with an estimated 43,000 new aircraft deliveries expected over the next two decades. For the defense segment, the firm cites the U.S. DoD’s modernization strategy regarding AI, directed-energy and hypersonic weapons, and 5G networks as well as the USAF’s sixth-generation fighter with a 2030 delivery timeline.

AMETEK Programmable Power serves a wide range of test applications throughout the aerospace and defense industry—from avionics test for carrier- and shore-launched combat-ready aircraft to power-system tests for commercial manned and unmanned spacecraft. The company’s offerings include high-performance, reliable, and flexible standard products: 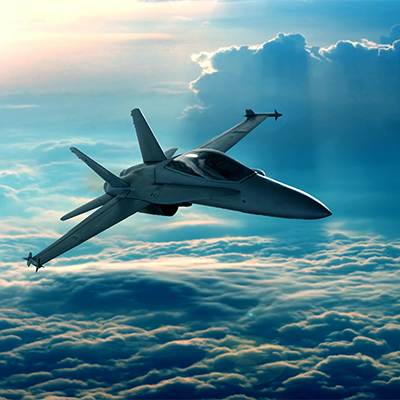 AMETEK Programmable Power is poised to extend its more than 60 years of success serving the aerospace and defense industry, offering standard and custom test solutions for equipment destined for platforms ranging from submarines to commercial and military spacecraft. AMETEK Programmable Power is compliant with the international traffic in arms regulations (ITAR) and registered by the United States Department of State, Directorate of Defense Trade Controls, Office of Defense Trade Controls Compliance.